Dorothy Thorpe was born in Salt Lake City, Utah in 1901. She began her young adult life by attending the University of Utah as a Music major.  However, a chance finding of an empty beer bottle changed the course of her life forever!

As the story goes, Dorothy found a broken beer bottle or wine bottle, depending on which version of the story you are reading, lying in the street and had the brilliant idea to turn the bottom of the bottle into a drinking glass tumbler. Talk about true DIY works of art! She gave one of them to her brother who in turn took it to work at MGM Studios.  Clark Gable happened to see it and immediately ordered 6 dozen sets.  Dorothy C. Thorpe, Inc. was born!

She sold her pieces in a small Hollywood gift shop and before long her works of art were highly sought after by Hollywood Studios and stars and wealthy and famous people, including Princess Grace of Monaco and the Shah of Iran.

It’s important to note that Dorothy Thorpe did not manufacture glass, rather she decorated glass pieces that she purchased.  The finely etched detail of some of her floral work is so life-like it’s hard to believe she had no formal art training.

To identify a truly authentic Dorothy C. Thorpe piece look for the sandblasted trademark like the one pictured below:

Some of her designs had paper or foil seals and have since been lost so it’s especially important to know something is really a Dorothy Thorpe creation before purchasing.

Most recently her Allegro Sterling Silver Rimmed glassware was seen on the TV show, Mad Men.  These glasses had a 1″ band of sterling silver all around the top.  The Allegro design was on decanters, pitchers, and several different types of glassware such as rocks glasses, footed cocktail stems, roly poly glasses and stemless martini glasses like these:

Dorothy Thorpe also decorated dinnerware for companies such as Crown Lynn in New Zealand as well as her own tableware lines. The design below is a glorious cobalt and azure wash with slightly offset gold metallic floral and leaf pattern. 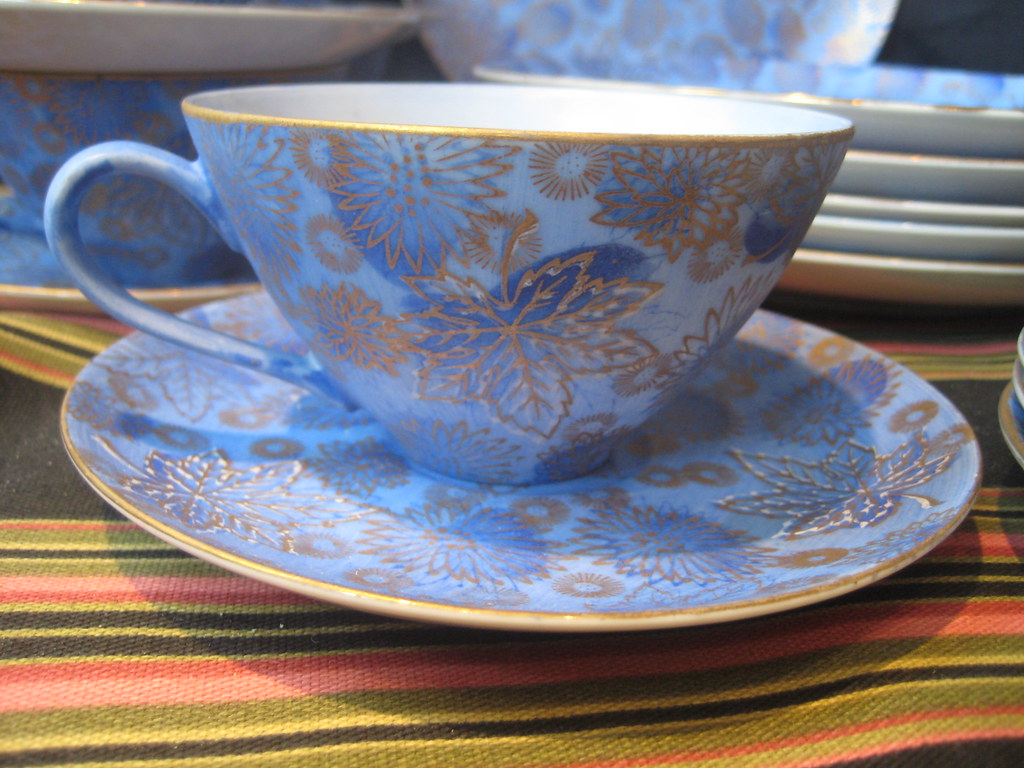 Dorothy Thorpe’s beautiful creations are featured in museums and are highly sought after.  She was listed in “Who’s who in American Art. And even had done glass decorations and lamps for the Mormon Temple at Idaho Falls, windows for St. John’s Academy at Camarillo.

She died on September 4, 1989 in Carlsbad, California, but her timeless works of art still live on.

Below is a list of resources I used in writing this article and will provide much more in-depth information about the life and career of Dorothy C. Thorpe.

Who is Dorothy Thorpe and What Glassware Can Be Attributed to Her? – The Hour

I’m back again with another short informational piece about Mid Century Modern Designers – specifically those that designed giftware and housewares.

I absolutely love drinking glasses from the 50’s and 60’s.  It was so colorful and fun!

So I thought it was interesting to learn that Fred Press was also an artist who designed more than glassware.

Fred Press was born in October of 1919 in Boston, MA.  His parents had emigrated from Russia in the early 1900’s.

He began winning awards for his sculptures in the 1930’s and studied art at the Vesper George School of Art.  He and his brother founded Contemporary Arts, Inc. and many of his sculptures were reproduced and distributed through that company.

In the early 1950’s Press moved to New York City and was the chief designer for Rubel and Company.  Over the next 3 decades he held this position and really transformed the giftware industry.

He was such a versatile and prolific designer in the 20th century.  As you can see from the drinking glasses below his designs were bold and colorful:

You can find the items featured in this post and more at our store Stone Creek Boutique.

It’s been forever since I’ve had a new blog post!  Life has gotten in the way of, uh…well…my best laid plans.  But, I’m back with another new post and this time we are focusing on Mid Century Designers!  Specifically Georges Briard!  I love, love, love his glassware designs.

Georges Briard was born Jascha Brojdo in 1917 in the Ukraine. His family moved to Poland when he was four and he then emigrated to Chicago in 1937 after he came to visit his physician uncle. He studied at the University of Chicago and the Art Institute of Chicago. While he was is Chicago, war broke out in Europe and both of his parents died. In a new country without an allowance to pay for his college education, he was granted a scholarship to finish his degree. After graduating with his MFA from the Art Institute of Chicago, he enlisted in the United States Army. While in the Army, he served on General Patton’s staff as a Russian interpreter. He was discharged from the Army in 1947 and moved to New York City.

It was in New York City that he began his career as an artist and designer. When he was first starting out, he worked with Max Wille, whom he had met in art school. While Brojdo was on a trip to Maine, he started painting metal serving trays and selling them. These trays were a huge success. He signed some of his very first pieces with the name “Brojdo,” but then started using the name Georges Briard as a pseudonym after Wille came up with it. Brojdo was also a painter and would save using his own name on his artwork, and started using “Georges Briard” as a commercial designer. He used “Georges” to sound French and “Briard” was after a breed of dog that Wille had recently lost. You will see this signature on pieces like this:

His designs became incredibly popular in the 1950s, 60s, and 70s. His notable designs were first produced with Max Wille at the M. Wille Company, and then he later partnered with Philip Stetson. His signature collection of dishware and glassware was originally sold at Neiman Marcus and Bonwit Teller, and now you can buy vintage pieces here:

In 2004, he won the Frank S. Child Lifetime Achievement Award from The Society of Glass and Ceramic Decorators. He won this award in honor of his extraordinary contributions to the glass and ceramic decorating industry. His pieces are truly amazing to collect. Pieces like these are easy to recognize by his amazing design:

He died on July 30, 2005 in New York City when he was 88 years old. The best way to honor this legendary designer is to enjoy and share his amazing designs!

If you would like to learn more about Georges Briard, you can read Designed & Signed by Leslie A. Pina. How to Create the Perfect Place Setting

5 Hangover Remedies from Years Gone By…